Saudi Arabia says it executed 81 men on Saturday - more than during the whole of last year.

The group - including seven Yemenis and one Syrian national - were convicted of "multiple heinous crimes", including terrorism, state news agency SPA said.

Some were charged with belonging to the Islamic State group (IS), al-Qaeda or the Houthi rebels in Yemen.

Rights organisations say many do not receive fair trials in Saudi Arabia, an allegation the government rejects.

According to SPA, the latest group had been tried by 13 judges and gone through a three-stage judicial process.

They were accused of plotting attacks on vital economic targets, killing or targeting members of the security forces, kidnapping, torture, rape and smuggling weapons into the country.

Saudi Arabia has one of the highest execution rates in the world - fifth in a list compiled by Amnesty International, the other four being China, Iran, Egypt and Iraq. 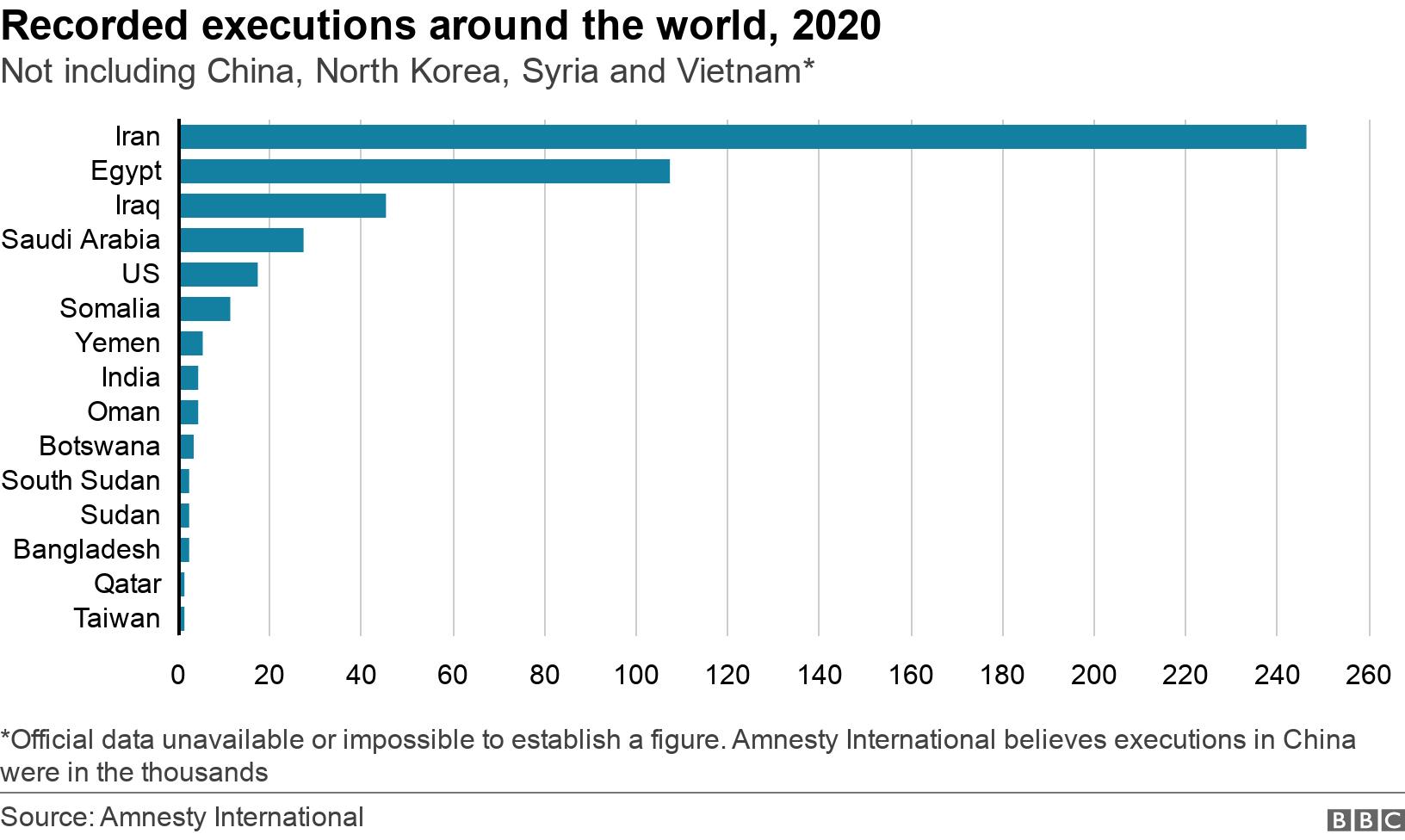